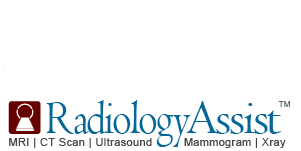 During the CT scan

Most CT scans are conducted as an outpatient procedure. Since they do not require hospitalization, the patient has the test and then goes home.

The CT scanner looks like a large donut with a narrow table in the middle. Unlike MRI, in which the patient would be placed inside the tunnel of the scanner, when undergoing a CT scan, the patient rarely experiences claustrophobia because of the openness of the doughnut shape of the scanner. Typically the patient lies on their back on the table, which moves through the center of the machine. The patient moves through the scanner either head first or feet first, depending on the part of the body being scanned. For certain scans such as sinuses and middle ear, the patient would lie on their stomach and go through head first.

The patient must remain motionless for the length of the study, which is typically just a few minutes. The entire procedure, which includes set-up, the scan itself, checking the pictures, and removing the IV if needed, takes 15 to 45 minutes depending on what part of the body is being scanned.

The CT scan is interpreted by a radiologist, a medical doctor trained to interpret various X-ray studies. The results are forwarded to the doctor. How soon the doctor receives the report depends on the imaging center where the study is performed.

When to seek medical care

Symptoms include itching and difficulty breathing or swallowing. If contrast leaked under the skin, the patient should look for increased redness, swelling, or pain. Patients will often be asked to come back the next day so their skin can be checked. There are no side effects of the exam itself, but patients who have multiple CT scans should discuss the radiation exposure with their physician.